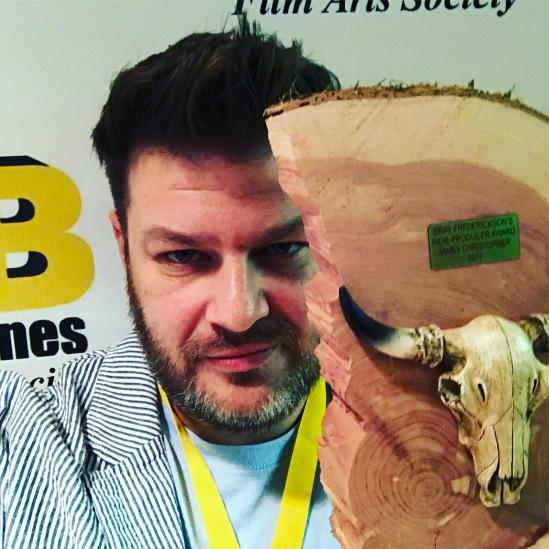 Few seasons are more movie friendly than the beginning of baseball season. So many movies (like Pride of the Yankees), dating back to the beginnings of cinema, captured the spirit of America’s past time and all that entails.

So, as the season begins and every teams has a chance to win the pennant, here are my go to baseball picks, in order.

Twitchy Dolphin Flix is taking our indie spirit and going a step further by distributing our own films!

You can check them out here.

We got a great review from the folks at The Monkey Bread Tree Film Awards:

“DisAssociationVille by James Christopher is a flashback heavy drama about love and loss. What makes this film both so enjoyable and interesting is its particular pace of various careful intimate moments. The script, above all, seems to be one of the most noteworthy of efforts I have ever seen in micro budget arena. Its both original, and yet reminiscent of all the things we expect from a good Hollywood film… even though it isn’t by any means a Hollywood film.
The surprising turn of the film is its beautiful balancing act of multiple characters which simply appear fully formed. We don’t need much time to feel forever at home with these beings, and they all feel real and welcoming to us. Perhaps this is thanks to our prospective – pinned with Chris, that we get to follow Derek Babb and his cool naturalism steady all the tones of the film.
Unlike the mumblings of the teacher telling off our lead, this isn’t a film which isn’t working to its ‘potential’, but rather quite the opposite. It is full of potential which is utilised and pushed to its fullest. Perhaps the only criticism I hold is that the film felt perhaps too polished – its sound felt dubbed, its photography rather overly smooth… perhaps a bit more of a rough palette would have made the film even more realistic and nostalgic for the viewer. It is though, regardless of that rough texture I crave, a beautiful story told with much heart, love and care for attention. High recommended.”

Thanks so much to the Twister Alley Film Festival for their generous nominations. So proud of DisAssociationVille and the cast and crew.

We’re very excited to announce that we’ve won the inaugural Frozen Film Festival! We had a great time at this first year fest, soaking up some great films and connecting with film friends new and old. We had a great screening on Saturday night followed by a great party. 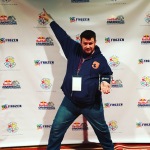 At the awards, we were honored to accept the award for Best Feature – Drama.

Thanks again to all of the support from our fans. The cast & crew worked hard on the movie and we all really appreciate the love. 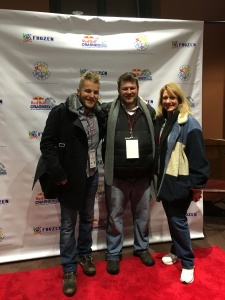 Thanks as well to the Frozen Film Fest, Jose Ruiz and the team. Can’t wait till next year! 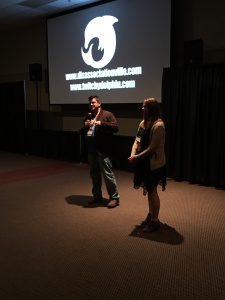 The TrailDance film festival winds out its 10 year run of 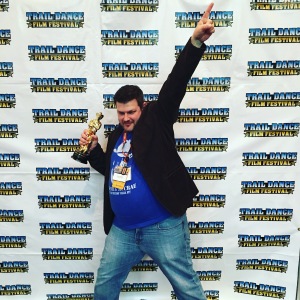 screening indie films from around the world in Duncan, OK. Festival Director Anthony Foreman honored James with the Director’s Choice award for the film.

Twitchy Dolphin Flix has been making movies in Austin Texas for 8 years, scoring festival successes with a variety of genres. DisAssociationVille continues its run through 2016 with screenings scheduled across the United States and across the globe, including a screening at the inaugural Ferrara Film Festival in Italy. This weekend, they will take part in the Frozen Film Festival in St. Paul, MN.

Our features DisAssociationVille and XXXX ‪#‎PORNMOVIEMASSACRE‬ were each accepted into their 25th film festival! Excited for both, especially the selection by Bare Bones International Film & Music Festivals, my home away from home.

Getting a feature into a festival isn’t easy. The running times alone make it hard to program. We try to make sure our features get programmed ten times to make sure they’re seen, to make sure the cast gets their exposure, ect ect.

For these movies to have been selected so often, and by such a diverse field of festivals isn’t just exciting, its humbling. It’s so easy in this endeavor to feel like a man on an island, pushing this thing uphill. That isn’t the case at all. When you don’t know the words to express how you feel, the easiest thing to do is to say thank you. Thank you to the casts, crews, supports and festival programers who choses these two films over hundred and sometimes thousands, of others. Its the kick in the pants that keeps us going. 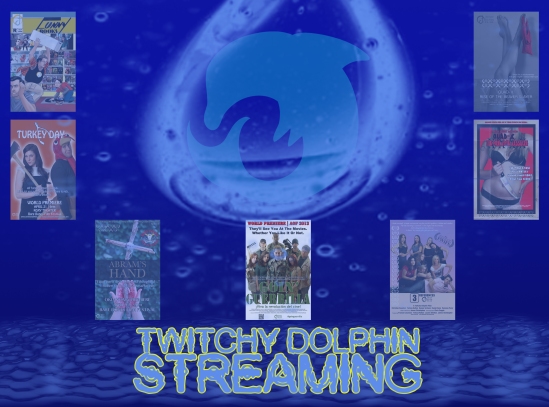